The highly regulated 1960’s and 70’s and the frenetic ‘free market’ of the 1980s to immerge into the modern commercial age with its core business largely intact. Teltherm Instruments is one such organisation.

This is their story...

The British Teltherm Coy was started by English immigrants Francis Cecil (Frank) Rickards and Tom Whitfield in 1946. Unusually for those times, the two were not short of money and were able to commence trading from purpose-built premises in Kent St, Auckland Central.

Although both had involvement in British instrument maker British Rototherm Ltd, it was Rickards who had much of the technical knowledge, and Whitfield the money required to ‘make it happen’. A good proportion of their workforce was attracted from UK instrument companies.

Rickards was a clever engineer, using his mechanical engineering skills to manufacture jigs and tooling required for production. The company business was founded on his designs and by 1947 there were 10 workers employed.

J. Boyd Hargraves was hired as the consulting company accountant.

Neither Whitfield nor his wife settled well into colonial New Zealand, yet Rickards busily grew the technical side of the business at a remarkable pace. In 1948 they purchased Scientific Instrument Manufacturers Ltd, selling the combined business to 5 shareholders shortly thereafter.

Frank Rickards was retained under a service agreement and later became a minor shareholder with Whitfield opting to leave the company.

British Teltherm’s bold mission was to manufacture the finest quality industrial thermometers, second to none in the world.

As New Zealand industry grew, so did British Teltherm, albeit accompanied by some intrigue.

Barry Tills joined the board and would later become Manager, with Mr N.T. Hay Managing Director. The company moved to larger premises in Wakefield Street and grew to 16 employees extending their capability into pressure and temperature gauges and recorders.

However, during the shift to the Wakefield St premises Assistant Manager ‘TJ’ Julien mysteriously failed to turn up for work. The Teltherm management was bewildered as to his whereabouts.

Julien, who lived alone, was a pivotal member of the team. It was some days before they found him in a bath at his home, electrocuted. An electric heater was close by. Repercussions for the company were serious.

Julien’s tragic death slowed production for almost a year as a suitable replacement was found.

1954 saw further misfortune. Minor shareholder N.R. King disappeared without explanation, leaving behind a wife and family. Investigation revealed he had been siphoning money from the nuts and bolts division he was managing. Although never proven, it is believed that King skipped the country and never returned — a dreadful development with his son Nev an apprentice with the company at the time.

Despite these tragic events the company’s powerful growth continued. By 1955 sales totalled £31,000 per annum; no insignificant figure at that time. The company was exporting into Australia and by 1956 was beginning to import and on-sell instruments. Supplier agreements were made with Rototherm (Whitfield and Rickard’s original employers) and Negretti & Zambra in the United Kingdom.

The company outgrew its Wakefield St base and new premises were procured in France Street, Newton.

British Teltherm was doing so well a 10% bonus was given to staff — the first since its inception.

Mr Barry Tills was appointed manager and mortgaged his house to buy shares in the company. Messrs N & E Hay sold their majority shareholding to J. Boyd Hargraves and Gordon Brown (a partner in same accounting company as Boyd Hargraves).

In 1961 the previous Managing Director, N.T. Hay became chairman of the Board.

Although there had been limited protection in place for manufacturers of dial thermometers, growth continued. By 1962 staff numbers were 35 and annual sales at £92,000. Shareholders received a dividend of 18%! Things were going well and export sales to Australia continued to grow.

During the 1950‘s and 60’s import licenses were a commercial fact of life in New Zealand and licenses often commanded high prices. Sometimes it was economic to buy the owners as well! Both the Tasman Instrument Coy and Beckingham Instruments were purchased, bringing valuable licenses with them.

These acquisitions combined with expanding sales resulted in the France St premises being outgrown. In the late 1960’s property was purchased in Khyber Pass, Newmarket and the company moved to these bigger and better premises.

These were expansion years for New Zealand, although some economists may now view it as growth in a ‘false economy’. Prime Minister Robert Muldoon had introduced draconian regulations to protect New Zealand manufacturers.

Not uncommonly the company now called Teltherm Instruments NZ Ltd moved to take advantage of this opportunity to block imports by extending their product range and widening their manufacturing capability.

Total employees swelled to over 100 and the name changed to Teltherm Industries Ltd.

Stock markets around the world soared at a frenzied pace and New Zealand saw the emergence of several ‘paper’ companies such as Equiticorp, headed by businessman Allan Hawkins. Corporate takeovers and asset-stripping were commonplace and huge ‘paper profits’ realised.

Tills and Hargraves, then major shareholders, decided to sell the land and buildings in Khyber Pass and move the company to Normanby Rd in Mt. Eden.

Simultaneously, Hawkins saw the shares of Teltherm Industries as undervalued and bought the company, thinking he was acquiring the land and buildings as well. But he was too late —they had already been ‘cashed up’.

Equiticorp nevertheless managed to make a profit by splitting all the divisions and selling them individually.

Howard Marshall was put in to manage Teltherm Instruments Ltd and by the end of the 80s the asset-stripped company was barely breaking even. This time it was sold to a furniture company called Outlook Design. Peter Rose replaced Marshall and readied the company for sale again in 1990.

The company was purchased by Anne and Mark Evans in 1990 and reverted to Teltherm Instruments Ltd.

Once the company was awarded ISO 9001 status he embarked on accrediting the laboratory and seconded his wife Anne, formerly a haematologist, to manage it. The Teltherm laboratory went on to gain ISO:17025 IANZ accreditation in pressure, temperature and infrared.

These initiatives paid off. Sales grew exponentially, new supplier agreements were made and exports to Australia surged again.

The 21st century presents Teltherm with new opportunities and challenges. The quest for dominance of the domestic market continued. The company moved to Neilson Street to be close to the industrial hub of Auckland.

In 2009 Ross Cohen was appointed as General Manager. Formerly Sales Manager, Cohen’s appointment has been instrumental in releasing Mark Evans to focus on the company’s strategic direction. Overseas markets beckoned!

Today Teltherm has moved and can be found at 5/343 Church Street in Onehunga and is currently the only manufacturer of industrial gauges in New Zealand. Teltherm has developed into a market-oriented and innovative manufacturing company distributing its products to Australia, New Zealand and the Pacific Islands as well as Europe and beyond..

In 2014 Teltherm gained IANZ accreditation to calibrate and certify personal gas detectors - the only NZ company with this capability.

September, 2016 saw new leadership at Teltherm when Jason Clarke purchased Teltherm. Jason brings both strong technical and governance capability to the company and is looking forward to being at the helm.

Teltherm’s strength is in the flexibility of the manufacturing arm of its business. The factory is capable of small or large batches, custom designed to meet the client’s requirements. It is this flexibility coupled with extremely short lead times that enables Teltherm to successfully market its brand globally It has also acquired distributor rights to an extensive range of industrial instruments that it markets with pride.

Because Teltherm’s technical staff has the knowledge and skill to provide customers with highly specialised and detailed advice, this area of its business continues to grow. 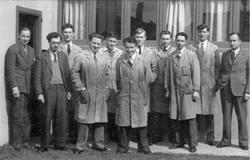 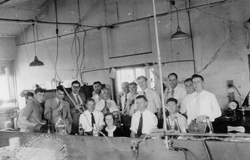 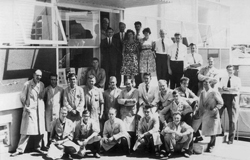 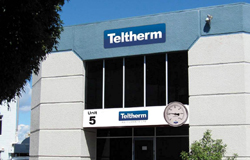 From modest beginnings in colonial New Zealand some 60 years ago, Teltherm-manufactured or sourced instruments can be found in industries throughout Australasia and around the globe:

The company’s original building of the 1940’s at Kent Street is much changed as has the now trendy Newmarket precinct.

However, Whitfield and Rickards’ vision for the fledgling Teltherm company remains solidly infused in the modern company’s culture and future strategies. 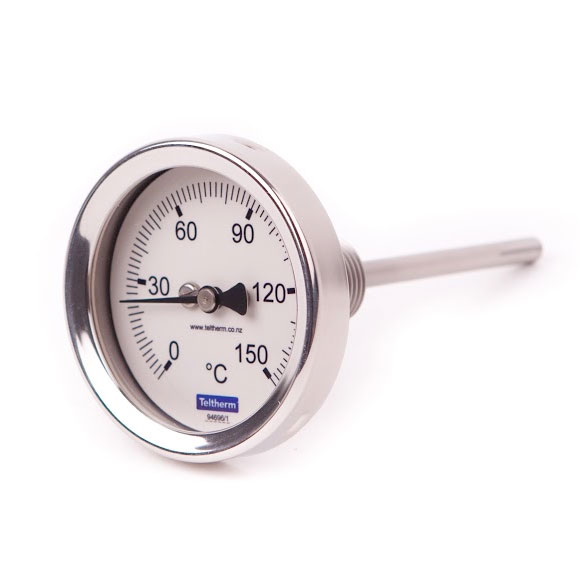